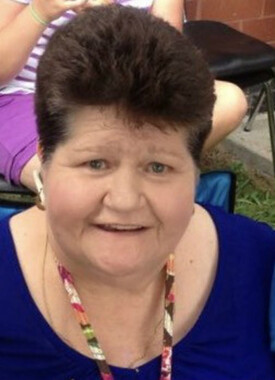 PRINCETON - On April 15th, Dreama Lee Phipps, 59, of Princeton, WV left her earthly home to join not only her Lord and savior, but also her companion and soulmate, Jerry "Moose" Gwinn as she passed through the gates into heaven.
Dreama was a daughter, niece, sister, mother and grandmother. She was a friend to many and all who knew her knew of her kindness and pure heart. Dreama was a simple person. She enjoyed the little things in life like hanging clothes on the line, canning from the garden in the summertime and she loved to cook for her friends and family.
Dreama was born on November 16, 1957 to the late Vaughna Marie Hinkle Wickline and William Ray Wickline, Sr., in Ronceverte, WV.
In addition to her parents and Moose she was preceded in death by a brother William "Billy Ray" Wickline Jr.
Survivors include her daughter, Emily Carden and husband Marvin of Rock, WV, previous son-in-law, James "Richard" Clowers of Ballard, WV, grandchildren, Benjamin Clowers and fiancé, Laykan Comer, Katelyn (Clowers) Harless and husband Caleab of Wahiawa, HI, Isaiah and Aiden Carden of Rock, WV, brothers; Wayne Wickline of Beckley, WV, and Raymond "Rudy" Wickline, his wife Sharon of Princeton, WV and their daughter, Rebecca Wickline- Stiles, husband, Chris Stiles and two children, Max and Emma of Wynantskill, New York.
Dreama also left behind her aunt Katherine Massie of Lewisburg, WV who had been more of a mother figure since her mother's passing and cousins, Elizabeth, Heather, and Lynn Massie and their families, also of Lewisburg, WV.
Visitation will be Friday, April 21, 2017 from 12:00 noon until 1:00 pm at Wallace & Wallace Funeral home in Lewisburg and the funeral service will be 1:30 PM on Friday, April 21, 2017 at the Wallace Memorial Cemetery Mausoleum in Clintonville, WV.
Published on April 19, 2017
To plant a tree in memory of Dreama Lee Phipps, please visit Tribute Store.

Plant a tree in memory
of Dreama

A place to share condolences and memories.
The guestbook expires on July 18, 2017.